When Naspers coughs, the JSE gets a cold 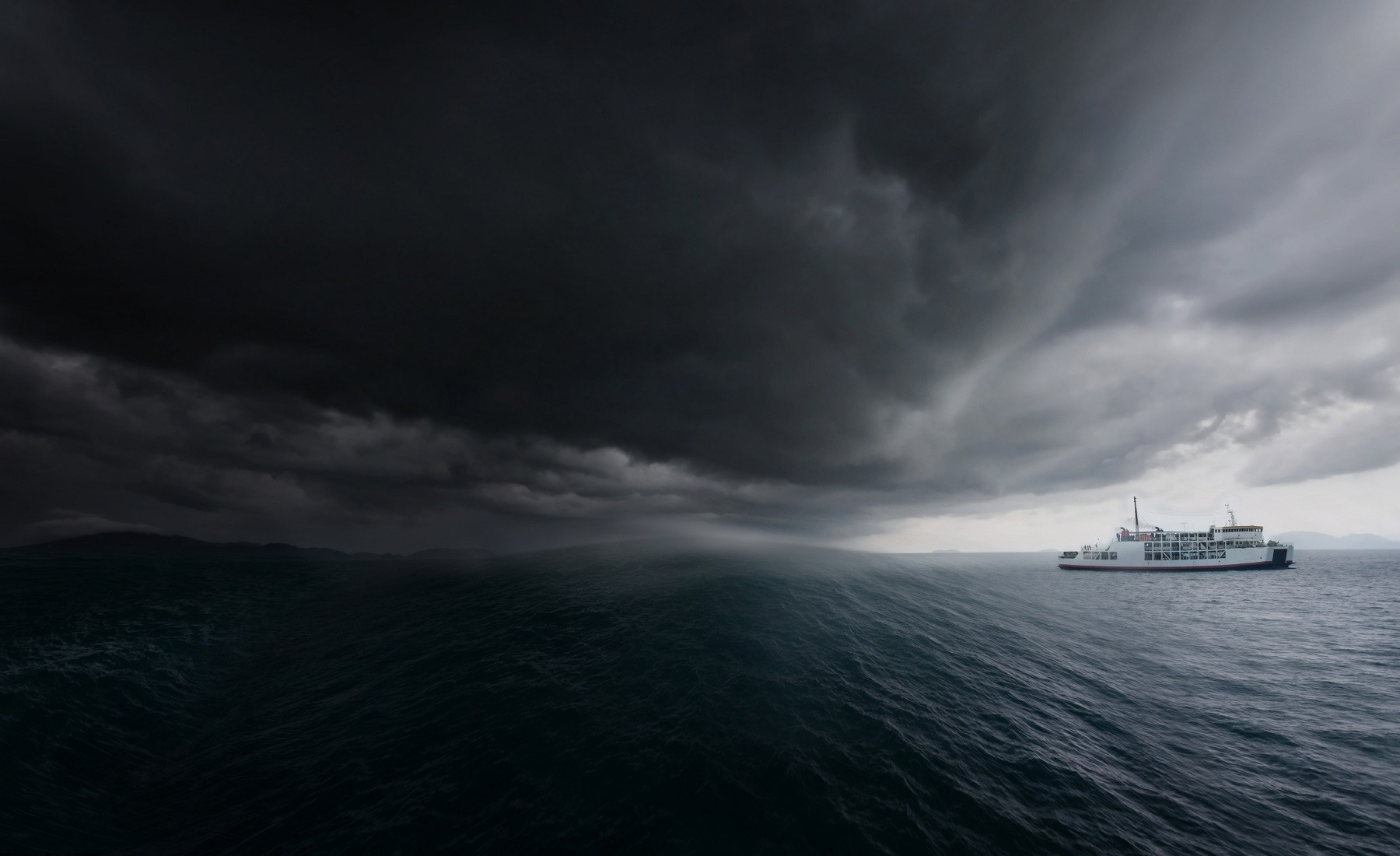 If you doubt the might of Naspers/Prosus on the JSE, let me take you back to 17 August 2021 when the JSE had record trading volumes and of the R148bn traded, Naspers and Prosus accounted for R125bn in value traded.

Naspers began its journey in 1915 as a publishing company with an initial focus on the newspaper ‘Die Nasionale Pers’ (‘The National Press’ for those who do not praat die taal) that quickly expanded to magazines and grew to become the largest publishing company in South Africa throughout the 20th century including the formation of pay-television media business, M-net. Fast forward and today Naspers has transitioned to a tech powerhouse with ownership in Takealot - South Africa's largest e-commerce retailer, Media24 - one of the leading media groups in Africa, and Prosus - a global consumer internet group and one of the largest tech investors in the world. Naspers also has Naspers Foundry which is a R1.4 billion early-stage business funding vehicle dedicated to growing South Africa-focused technology companies and has made investments into including Sweep South, Aero botics, Food supply, Student Hub, Floatpays, Ctrl, Naked, and WhereIsMyTransport.

Naspers once accounted for 25,9% of the JSE shareholder Weighted Index and 23,3% in 2021 thus resulting in the JSE all share index being heavily correlated with Naspers’ fortunes which many perceived to be untenable.

In 2019, Naspers decided to unbundle its interests outside of South Africa including the famous Tencent stake into a new company called Prosus. Prosus got a primary listing on Euronext Amsterdam and a secondary listing on the JSE, and Naspers held 73.2% of Prosus. The biggest reason for this was the valuation of Tencent. The end result was that Naspers’ weight on the index was reduced to 18,4% but the valuation gap persisted.

Although trading at a discount to the sum-of-the-parts is common for holding companies, the situation at Naspers and Prosus is unsustainable. When an entity trades at discount to its sum-of-the-parts, it means that if investors were to hold individual positions in the holding company’s underlying assets, they would be worth more than holding shares in parent that owns those assets.

Market participants have previously suggested that for Naspers to close the gap, it should unbundle Prosus’s stake in Tencent to its shareholders, but Naspers has previously cited both strategy and potential huge tax bills as reasons why an unbundling won't work.

Instead, Naspers and Prosus undertook a complex and costly share swap transaction in 2021 in which Prosus acquired 45.33% of Naspers N class shares and Prosus issued, 449.3 million new Prosus ordinary shares N to tendering Naspers N shareholders increasing the number of issued Prosus ordinary shares N to 2,062 million. Naspers previously owned 73,2% of Prosus with a 26,8% free float (the % of shares in a listed company that can be freely traded) which dropped to 57,2% ownership for Naspers and a 42,8% free float. An increased free float enables a share to become more liquid and allows more investors to buy the shares as is the case with Prosus. A reduced free float limits shareholders from investing in and reaping the benefits of a share, as we see with Naspers reducing their free float.

The proposed transaction was expected to generate between R3,8bn to R5,8bn in tax revenues for South Africa following the R10,2bn contribution in direct and indirect taxes in 2020 and R7,2bn in 2020 with Prosus spending R2,1bn in fees to finalise the transaction. This also drove foreign direct investment flows to South Africa which from $3bn in 2020 to $41bn in 2019.

Given Naspers status as a holding company, it was estimated in September 2021 to be trading at a ~40% discount to its net asset value meaning that investors would benefit more by holding individual positions in the individual assets if Naspers were to unbundle these assets, similar to the PSG unbundling in March 2022. As an example of the discount, the value of a 28,9% stake in Tencent (has lost 37% of its market cap in less than four weeks) was roughly R2,5trn in early March 2022 whereas Prosus had a market cap of R1.8trn and Naspers with R669bn.

Naspers had fallen into trouble in 2022, with Prosus taking heavy hits from both VK groupand Tencent due macroeconomic shocks and legislative concerns wiping out ~40% of Naspers value year to date as of Tuesday 15 March prior to Tencent’s recovery on 16 March. This was predominantly driven by:

• Prosus wrote off the full $700 million (Equivalent to R10,6 billion) investment in the VK group following sanctions by the US Treasury against the CEO, Vlaimir Kiriyenko, and other shareholders. VK group owns popular social media sites and an email service with over 70 million monthly active users which has been accused of spreading disinformation by Kremlin friendly forces. The London stock exchange has also suspended trading and 3 directors of the board linked to Naspers have since resigned from their positions

• Tencent, who Naspers invested in 46,5% over 20 years ago for $32m, is facing a record fine after China's central bank discovered its WeChat Pay had violated anti money-laundering rules and fell 10% on Monday, 14 March. Chinese equities have been in sharp decline since the start of March with concerns regarding regulatory developments leading to possible delistings from US exchanges and as rising Covid cases have caused fresh lockdowns in some major Chinese cities. Reports that Russia had asked China for military assistance and China’s general ties to Russia have led to additional fears of possible sanctions. Tencent has since recovered with the share price growing by 27% on Wednesday, 16 March following the Chinese government’s commitment to keep stock markets stable and take measures to boost economic growth in the country

Despite the unbundling of foreign assets into Prosus reducing Naspers weighting on the Shareholders Weighted index, Naspers subsidiary concerns still impact the JSE. Naspers slump dragged the JSE to a two-month low after falling 13% to R1557,89 and wiping our more than R100Bn in value in just one day on Monday 14 March, their biggest one day drop since November 2000 and an additional decline of 9% on Tuesday 15 March This also led to the JSE All share index closing over 2,4% down on Monday 14 March, a 2-month low, due to the significant weighting of Naspers on the exchange. Following the recovery by Tencent on Wednesday, 16 March the All share index has recovered by 3% as Naspers (Up 18% to R1755,95) and Prosus (Up 18% to R844,69) recover from the previous day’s losses.

Some people reading this article may regret not having bought the dip but should be warned that there are good dips that are driven by macroeconomic shocks for which companies may be expected to recover, take the COVID pandemic and associated impacts on the economy as an example. However, when fraud, money laundering, or regulatory concerns are involved there is always a chance that the dip will keep dipping. With Tencent’s potential fine and China’s equity slump, applying caution would have been advised. That being said, we understand if you are flipping tables right now.

It's clear to see that Naspers impacts the South African stock market and following their recovery, investors will be watching the Tencent situation with keen interest over the next few days. One thing we have definitely learned this week though is that when Naspers coughs, the JSE gets a cold.