Corporate Hustle Series: Know your worth 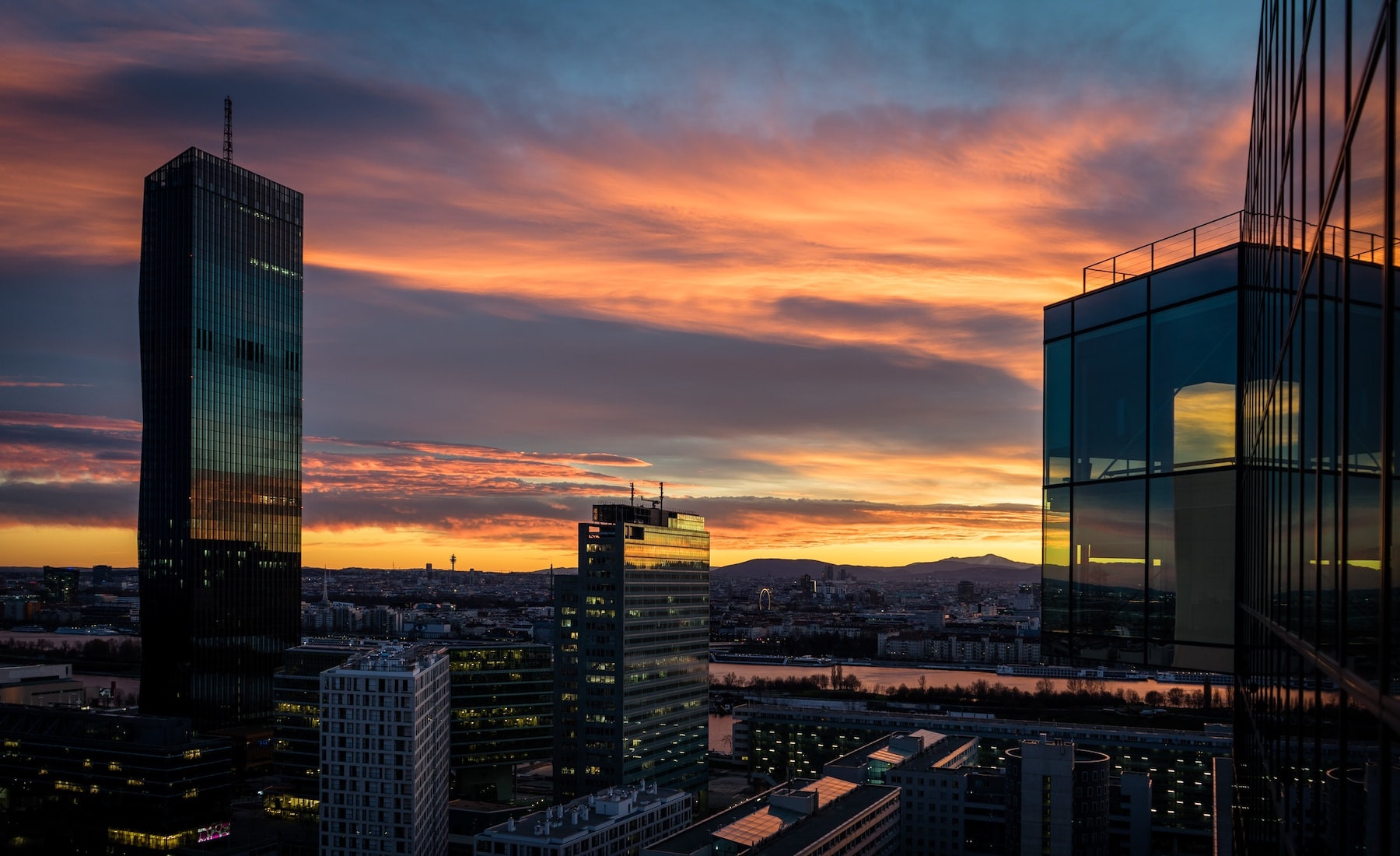 Tools to benchmark your salary

Information is power and you need to bargain from a position of strength. Knowing you're underpaid is great - knowing by how much is even better. Companies will go to any length to make sure salary information isn't shared among colleagues fearing "it may harm labour relations". You know what harms labour relations? Not paying people properly.

This furtive approach towards a key data point lends itself towards discrimination where different people with the same skills, performance level and experience get paid vastly different amounts.

Furthermore, when you realize Karen at reception is actually earning more than you are, despite your 6 years of experience and a post-grad degree - you might decide to pitch up to Friday afternoon team drinks with an AK47. Publicly listed companies disclose executive salary data as part of good corporate governance and transparency yet at a common employee level, this information is still clandestine.

When benchmarking your salary, avoid looking at your co-workers high-end fashion outfits, the German car they drive or the Camps Bay mansion they just bought - those are misleading indicators. This could be down to a number of different reasons: great financial management, living off an inheritance, having a rich partner, a really successful OnlyFans account or very likely - someone drowning deep in debt. Ideally you have a simple excel sheet where you track all of the data points and can quick-compare. A great place to start are salary surveys. Here's the Robert Walters annual salary survey outlining how much qualified accountants earn in South Africa. These are Cost to Company (CTC) figures which exclude bonuses. You can download the full report here (covers all industries): Salary Survey 2019

The first reaction to most salary surveys will likely be, "Wow these numbers are high!"

Yes - there are people out there earning these figures however, the distribution of earnings is equally important. You want to benchmark as closely as possible to the company you're working for and tailor expectations. For instance, salaries at a local firm will look a bit different to a global firm. In investment banking the CTC for a graduate analyst can be up to 1.5x higher at a global investment bank than at a local bank.

The difference widens when it comes to bonuses. The exchange rate at global companies is also a driving factor with employees being benchmarked within a range across different geographies. Size also matters (it always does) - smaller companies perform differently and tend to have lower budgets allocated for specialist roles. Here's an excerpt from the Michael Page 2020 salary survey. You can download the full report here: A Guide to Salaries and Skills

Candidate attorneys will be heartbroken to find out that it isn't actually anything like Suits and you won't be living in a Sandton penthouse, driving a Bentley and taking holidays on a yacht in St. Tropez in your first year of work.

Salary surveys in isolation aren't good enough to build a database, you want as much data as possible. Another useful range of data depends on user submitted salary data points (PayScale).

Taking a look at the range provided on PayScale we can see early career accountants have median earnings at just over R510k. So while there are junior accountants out there making R650k+, it's not always representative of the most likely outcome.

One of the best ways to corroborate surveys and online ranges is through legitimate job listings. Here's a role posted for a CA (SA) with 2 years post-articles experience offered at R650k (upper end). If you see a role for a CA (SA) advertised with 2 years of experience offering you R7m a year, it's most likely an advert to solicit your organs. Giving up a kidney never makes sense unless it involves a PS5.

Exercise discretion when salary numbers look remarkably high or when job posters have negative user ratings. Aggregate job sites can work great - although it's much better if you can find the actual role advertised on the company site itself. This also helps bypass pesky recruiters.

Forums and message boards are another great way to get salary data from people who are usually comfortable sharing figures since it is mostly anonymous. Given the anonymity it's worth exercising caution on forums and placing less reliance on these figures.

Your close friends or family in a similar field could also be open to sharing how much they earned at this stage of their career and what you need to look for. Note it down as a data point.

Through survey data, job listings, conversations and message boards - you can get a strong idea of how your salary stacks up providing a crucial set of data points to negotiate against.

So you're a qualified accountant with 2 years of experience (post-articles), what's a good starting point salary?

The issue with this calculation is that it weights each source of information equally, which is flawed. A better way would be to weight the importance of each source. Credible adverts reflect the market and are observable, ideally you place more emphasis on these (vs. something you read from a stranger on a forum).

Here you are - just over R615k is a decent starting point to have a conversation. If you receive an offer for R400k, it's worth revisiting. Your bargaining strength is considerably more powerful underpinned by data and facts rather than sheer emotion.

Person 1: "I'm underpaid and work too hard for this measly salary. I think I need a raise"

Person 2: "Here are the comparable salary ranges within this industry benchmarked against similar levels of experience and company size - my performance ratings don't align with this extensive database or accurately reflect my level of competency. This conversation is about recalibrating my profile to reflect my performance".

Which person stands a better chance at negotiating a raise?

Move jobs to get paid more

Kiara & Kevin started on the same graduate programme, worked in the same team, have the same level of qualifications, have identical performance ratings and yet in less than 10 years Kiara earns 30% more than Kevin.

The only difference? Kiara moves jobs every 3 years.

It pays to be unfaithful, no really. Moving jobs is estimated to result in an average salary uplift of between 10 & 20%. The salary boosts may not result in huge differences in the short term but over an entire career these incremental increases accumulate. This is what their earnings profiles would look like assuming Kiara gets a 15% increase every 3 years against Kevin's 5% annual increase.

The era of people spending 30+ years in a single role within one company is vanishing. Millennials & Gen Z, in particular, place a premium on experiences, travel and personal time. Corporates have traditionally done a terrible job of protecting personal time, encouraging flexibility in work hours and facilitating remote working.

The latest Deloitte Millennial Survey (2020) shows the pandemic has actually been great for employee retention as the % of millennials looking to move jobs in the next two years has decreased - a large part of it is down to the greater appetite for remote work observed across Millennials and Gen Z.

Corporates are grappling with ways to attract and retain the best talent in a world where the future of work is dynamically changing. It's highly likely you will end up in a role different to the field you ended up studying. Some jobs of the future haven't even been created yet. The goal is to develop a set of skills which are resilient to changes in technology, transferable across industries and are agile enough to constantly adapt into more powerful abilities over time.

The changing nature of the labour market also means there's more opportunities out there to change roles. Changing roles too frequently is generally a negative signal, conversely "overstaying" in a role can signal a lack of ambition - especially if you haven't been promoted. Complacency won't only kill morale but is sure to kill salary prospects too.

Aggressively fight for promotions to enter a new salary bracket

Many companies have a salary cap for specific levels. For instance, as a fresh graduate you will find it tough to earn more than a million bucks a year but as an associate/ manager you certainly can. You may find yourself already fulfilling the role of someone more senior than you - except you aren't getting paid for it. Until you score the promotion you will always be a cheap way to get the job done and frankly, nobody will take ownership of your career.

Outline the goals for the next promotion and have regular performance catch-ups. Make the objectives as concrete, defined and non-subjective as possible. "Learn financial modelling" is vague, "score highly on accredited financial modelling training program" sounds better. You're building a watertight case on why you deserve the promotion.

By default entering a new senior title bracket generally comes with a pay increase. A common strategy is to consider securing the promotion & off- cycle pay increase then looking to change jobs essentially ramping up two pay increases.

Top talent is hard to find and even harder to keep. Investment banks have recently shortened the cycle for junior banker promotions in an attempt to retain top talent. Many companies also have early-promotion cycles which are worth leveraging. The emphasis on younger leadership also means it's very possible to climb the ladder faster and rack up promotions in record time.

If you're shy about pushing for a promotion, remember this...

You're not a charity worker or doing the company a favour - you're selling your skills, abilities and experience to the firm in exchange for getting paid. It's a transaction. Sometimes it feels like constantly "helping out" & "sharing the load" is noble thing to do. Most importantly, by constantly working for free and lifting someone else's load you end up selling yourself short. The firm will never employ additional resources if they see the job is still getting done. Even if you get a 20% pay bump, they're saving 80% by not employing an additional pair of hands. Ultimately, shouldering the burden comes at the expense of your time, energy and mental health. Learning to say no firmly, knowing when to push-back and enforcing boundaries is not a coping mechanism - it's essential for corporate survival.

Your line manager might try and convince you "it's just a title, it doesn't mean much" but it really has a tangible impact on exit opportunities and your earnings potential. If you're stuck in a place where someone has to die before you ascend the ranks, it's not great... especially since murder is an administrative nightmare. Opt for entering management structures that facilitate upward mobility.

Nobody fully understands how much time, effort and energy your corporate role soaks up better than you.

It's about time the pay slip reflects it.