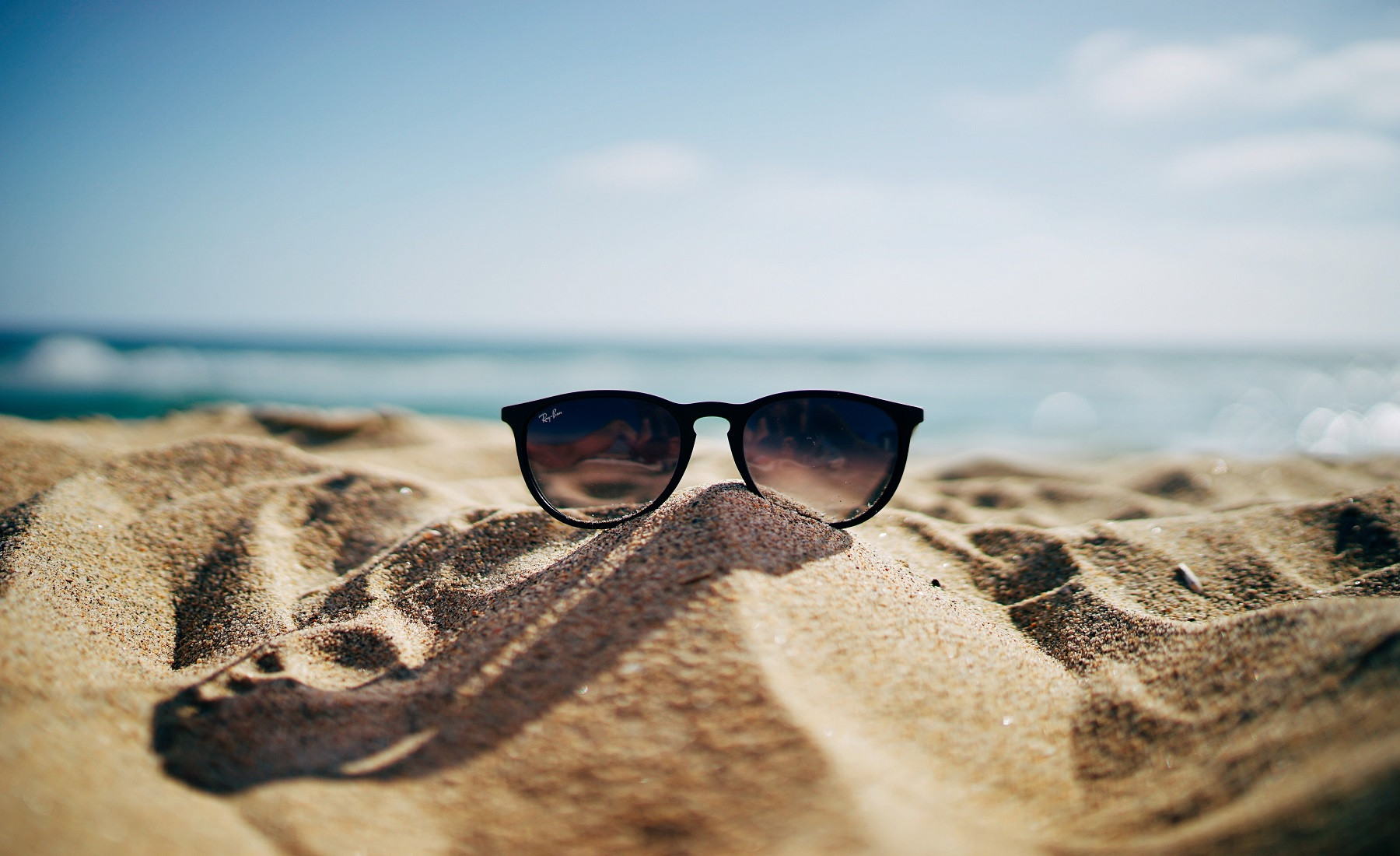 The summer of 2021 was not one to be remembered for bad sinuses and Plett rage shutdowns but one of wealth (for VCs mainly, of course), low gas (definitely not unleaded-95) and new, interesting NFTs. It was to be remembered as Solana summer, the summer of purple colored viper glasses, Apes and Not Okay, Okay Bears. But before we dive into Solana summer, the not- so new and vibrant crypto community on the block with the monster run it has had, here’s a quick explainer I did on Solana when it was only $20 .

Back to Solana summer, I can admit, it didn’t quite start off to be the summer feeling I imagined. Having to end my Friday evening early, setting five alarms for three A.M to wake up and hop onto Discord with thousands of other Degen NFT traders all trying to mint a Degenerate Ape academy. It would have been a good story if I got one, but I did not and from a 5 SOL mint it’s currently sitting at nearly 100 SOL and that haunts me every day… These days there are multiple mints every day on Solana killing the state of the network (transaction confirmations) like bloated gas fees on Ethereum but constantly growing as many migrate to cheaper alternative blockchains for NFTs. In the last week, Solana NFTs have managed to outscore Ethereum NFTs, with the Solana alternative now available on Ethereum’s leading marketplace they’ve quickly jumped into the top 10 ranking taking both first and second place, with nearly R24,000,000 in volume within one month since mint.

SO, WHAT IS SOLANA?

Solana is a layer-1 blockchain like Bitcoin, or Ethereum… quite similar to Ethereum but built to be the ‘Ethereum killer instead’, of course there have been many ‘Ethereum killer’ branded blockchains throughout 2021 although it is not actually the case. Solana picked up the title through its unique consensus protocol published in a whitepaper by Anatoly Yakovenko in November 2017 (at least one good thing came from that bear market). Anatoly watched how

blockchains without clocks, basically all of them, struggled to scale beyond 15 transactions per second (TPS) while centralized systems such as Visa hit peaks of 65,000 TPS and for context Bitcoin handles 7 TPS, while ETH manages 15 TPS wen ETH 2.0?

Solana came in to solve this and introduced a new consensus protocol, proof-of-history (PoH). A sequence of computations that can provide a way to cryptographically verify passage of time between two events. Okay, let’s do that again but slower, proof of history allows you to show historical records that an event took place at a certain time, like multiple screenshots of an event taking place, the only other thing that screenshots faster than your partners friend when they see you on a story at groove while you said you were with the ‘boys’. In addition to PoH, Solana also uses a security protocol named Tower Byzantine Fault Tolerance which lets users stake their tokens and vote on the validity of a proof of history ‘screenshot’ like ETH2.0 aims to do and if an individual acts maliciously to vote for a non-match they get red-carded (penalized) more times than Manchester united this season.

So perhaps Solana picked up the Ethereum killer status since it deployed proof-of-stake before they did… Solana officially launched in March 2020 and spread faster than COVID-19 to become a top ten cryptocurrency by market capitalization, today Solana’s ecosystem is growing rapidly with multiple NFT projects rugging daily… I mean launching daily, new decentralized applications being developed, and more maxi’s being created than ever before.

Here’s a snapshot of some of the applications that can be found on the Solana protocol although there are many more:

One of the main reasons the Solana ecosystem has seen an influx of dApps, NFT projects, participants, and builders is because of the nature of the layer-1 blockchain. Firstly, one of the biggest troubles projects face when entering space is the high gas prices on Ethereum, which can be made worse during bidding wars when individuals are battling it out (paying more for gas) to get their transaction through the next block, don’t worry ETH 2.0 fixes this. But right now, Solana fixes this with fixed gas prices that never cost more than a few pennies to the dollar, although the downside is during high active times, transaction per second come down drastically and slow down the blockchain.

The second reason is the enhanced developer experience offered on the Solana blockchain, the blockchain’s low cost to transact allows developers more freedom to build applications ‘on- chain’ without having to worry about gas fees. Traditionally, on blockchains such as Ethereum, these developers would have to take some of their production ‘off-chain’ and to scale they would need to develop across layer-2 technologies. An example of layer-2 solutions for Ethereum include polygon (MATIC) as the most widely adopted solution, Arbitrum (that has been rumored to have an airdrop in the future since it does not yet have its own tokn) and Loopring which uses ZK-rollups or zero-knowledge proofs which in short means that it scoops the main chains data on Ethereum, rolls it up and feeds it back in a more compact format. All of this not only extends the development timeline but adds limitation to the protocol and opens it up to potential attacks.

Solana smart contracts are written in the programming language called rust, while Ethereum is written in Solidity. While over 24,000 users have contributed to the code (more than double Ethereum’s contributors) it is impossible… or nearly impossible to find good rust developers on Solana. Fortunately for the blockchain, it has not been finding it as difficult to find users with

Let’s look at decentralized application on Solana, which allow it to potentially be the Ethereum killer:

While most dApps are compatible to Ledger’s cold wallet (remember not your keys, not your coins) most people use hot wallets as it is cheaper, faster to setup and easier to trade with. For those who don’t yet know what a hot wallet is, it’s not what you feel after swiping for more than you can drink at Konka. It’s a digital wallet for storing cryptocurrency that is always connected to the internet. Most people may be familiar with MetaMask while the wallet is not compatible with the Solana blockchain. The Solana equivalent of MetaMask is Phantom wallet, an easy-to-use wallet which can be used to view all your transactions and tokens including NFTs.

The Step finance token was one of the first big launches gearing up for Solana season, unless you caught the top. The coin rapidly shot up to double digits, with a farming annualized percentage return that was as high and unsustainable as 25,000%. All this means is, most retail traders got sucked in at high prices expecting even higher yield while smart VCs and seasoned traders hedged their bets, selling you the top. Today Step finance is worth less than $0.10.

Step finance is more than its meme token, but rather can be used as part of the ‘Solana homepage,’ a portfolio visualization platform aggregating all one’s tokens (and NFTs) and all positions associated with a particular wallet, displaying it on a seamless, easy UI/UX dashboard.

Similar to Maker DAO and Compound on Ethereum, well invested in by Compound aims to be the decentralized commercial bank of Solana taking zero fees. Fluidity money, while in Beta currently, allows users to take tokens such as Sol and wrap them at a 1-to-1 ratio while storing the original token in their lending protocol. Through this process they earn interest that is stored in a rewards pool.

Serum… and no not the facial product that keeps you looking like Pharrell Williams, is Solana’s top decentralized exchange. You can think of Serum like Coinbase except it is non-custodial and does not store your coins. To interact with the Serum application, you are required to have either a hot wallet or a cold wallet.

While Serum is intended to act similar to Uniswap and Sushiswap it does offer cross-chain support meaning that users can easily swap between tokens on other platforms like Ethereum.

Serum’s native token, SRM, is down over 50%... I mean enables holders to receive up to a 50% discount on their trading fees and stakers can vote and take part in the governance of the platform.

The type of Citadel that won’t stop you from trading on Robinhood and Invested in by some of the biggest cryptocurrency VC’s such as Three arrows capital, Sino Capital, and Alameda research. Friktion aims to be a Defi hedge fund for both retails and institutions built on Solana.

Friktion is an all-in-one portfolio management application, offering a rank of yield and risk- managed products as well as institutional-grade structured products with the goal of catering to every level of risk appetite investors have. Friktion currently has multiple volts which offer anything from defi option vaults to structured products.

Mango markets, as the name suggests is the decentralized platform on Solana where all traders can catch some juicy ‘pips.’ It allows for cross-margin trading with leveraging while integrating the order book system of the Serum exchange.

Users can buy the native token or use SRM based tokens to reduce transaction fees while enjoying the almost non-existent gas fees on Solana. Once users deposit tokens on the platform they can margin loan to trade with extremely fast transactions on the blockchain.

The one clear main difference Solana and its applications bring to the space and arguably the main reason for its monster run up to $250 a piece, is it’s low, fixed gas fees and what is supposed to be ultra-fast transaction speeds…

So much for 65,000 TPS! Currently the other main competing blockchain is the Binance smart chain (BSC). BSC has been propped up and supported by many because of its association with the Binance ecosystem and while it’s EVM compatible it only utilizes 21 approved validators making it considerably less decentralized.

It’s important to consider that Solana is still in beta, while its price has pumped astronomically (and dumped), gained massive retail adoption, and has a rapidly growing NFT ecosystem it is still not fully main net and has a lot of risks and issues. One being the slowed TPS, the network shutdown which occurred in 2021 and the spamming attack which took place exploiting the low gas fees. These still need to be fixed but, in the end, they aim to fill a major performance gap while still being decentralized, pricing-in retail and being composable. Like the king of FTX says, for Defi to win it needs to be decentralized, fast cheap, innovative, well-built AND have a large userbase.

Once Solana can fully achieve this solving the blockchain trilemma while still being decentralized and composable, it will be able to compete as the ‘Ethereum killer.’