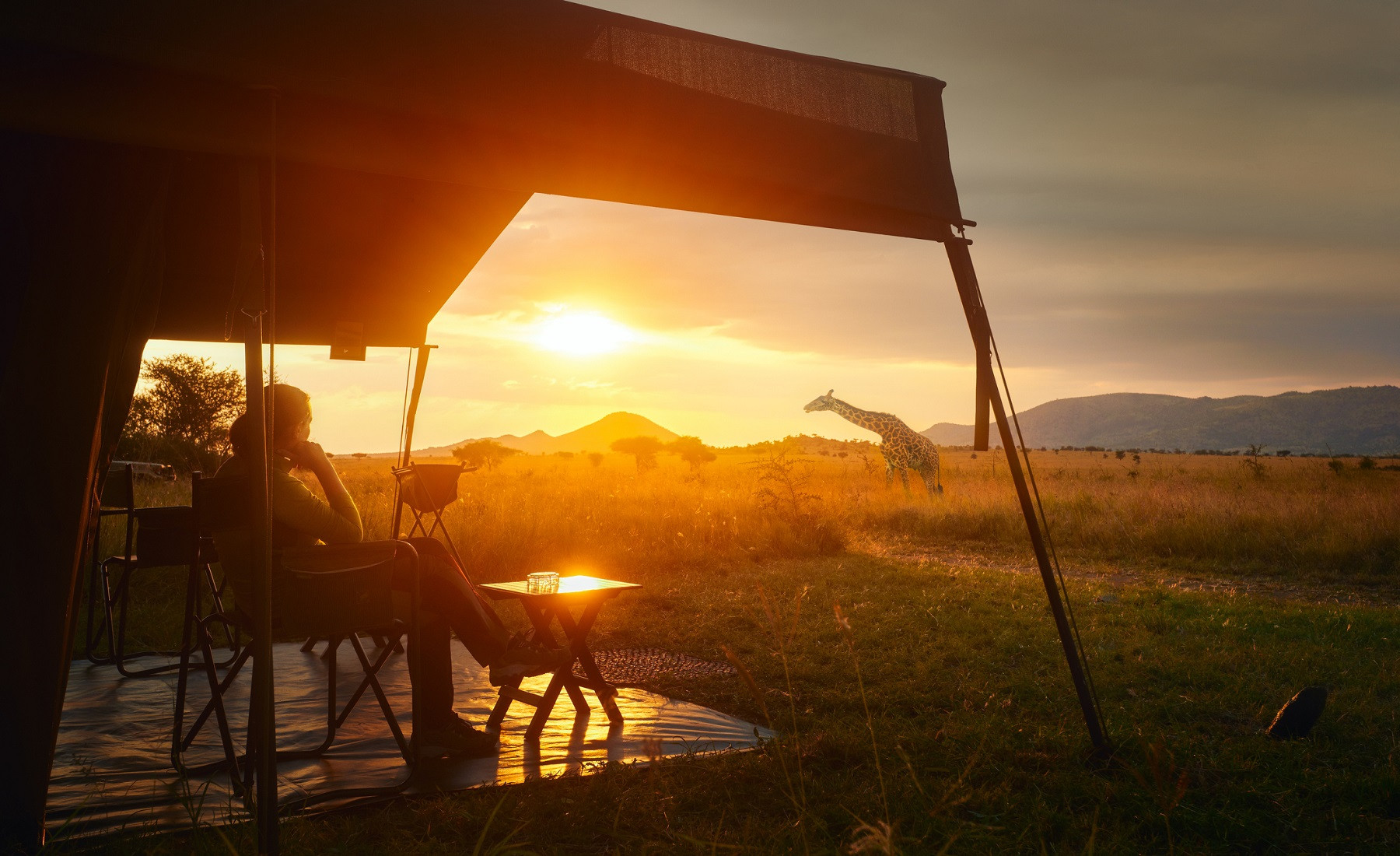 Owning a game farm seems like a sexy idea. You get to escape the city for luxury accommodation, there’s the quiet of the bush – plus you get the capital appreciation of the investment. Right?

Bush lodges are an investment that aren’t for everyone, and, as many in the game will tell you, you’ll probably make better money elsewhere, and often faster. But if you take a long view, you could be in luck.

Ian Beauchamp knows this all too well. He is CEO of MTH Lodge Holdings, which leases Abelana Game Reserve from the Mashishimale community in Limpopo. He’s also one of the pioneers of the safari lodge industry.

Of the Abelana’s endeavours he says, “we’re quite fortunate in that we have a lease on the property. We build lodges and have 50 years to make back our money - this property alone would have been about R300-million”, Beauchamp explains.
He explains that historically game properties were great investments, largely because people got involved early when the land prices were low. Fast forward to today’s higher property prices and the costs associated with running a lodge, and this becomes unviable. “A lot of these investments are ego investments, not eco investments” he adds.

Adrian Gardiner, founder, and chairman of the Mantis Collection of Hotels is an icon in the hospitality industry and has been involved in more than 15 game lodges. Notably, he was the founder of Shamwari Private Game Reserve, the first Big Five reserve in the Eastern Cape.

Are game lodges a viable investment? “It depends what sector you’re in,” he says, adding that one can only make money in the premium five-star segment if international rates can be charged. He also points out that there are no real tax breaks in owning a game farm because these have been ringfenced.

Critically, Gardiner observes that in this arena security issues persist - especially if you have rhinos. “With a large percentage of the population being unemployed, people will slaughter animals for food, and without wildlife your property is substantially devalued”.

Plus, if you’re accessing services like electricity and water, this becomes costly. Much like Ian Beauchamp, Gardiner details how it was a different story when he started out, “It’s not an easy business today but about 30 years ago in the Eastern Cape there were very few statutory requirements and permits were easily attainable”.

He also notes that they truly made returns when they sold these assets. “The real money is in the capital gain. Thankfully our exposure in this sector today is limited and our focus is on managing third party properties, sharing our vast experience”.

The message is generally one of caution.

Robert More, founder and CEO of the More Family Collection – which has boutique hotels and lodges including Lion Sands, Marataba and Marakele - says unless you know how to operate a lodge and more importantly sell the lodge beds at the right yield into the market it should be avoided. “They are expensive to maintain and operate and the majority of investors burn their fingers in this space”.

Don Scott, owner of the Tanda Tula, a suite of safari camps in the Greater Kruger National Park, says there are two different entities in the game lodge environment – the landowner and the lodge operator, “and it depends on which hat you’re wearing as to whether its potentially a viable business.”

Scott says most property developers in the city would want a 12% return per annum. On a figure of about R100-million you’re talking of returns of R800 000 to R1-million a month. “That’s viable in a city investment but when you plug that into a lodge, where guest numbers are highly restricted, it becomes pretty steep”.

“I think the answer is really that it’s not an easy business proposition – it’s not to say it’s not viable. I’ve been doing it for 20 years, but if you speak to any of the landowners, they’d say they could have made a lot more by investing in the stock market”.

Many of the operators with multiple lodges do not own the land on which they operate. Some of it is government owned and they provide concession agreements that can be between 10 to 25 years long.

In other instances, where land is privately owned, concession leases tend to be shorter, around 10 years with the option to renew. That means the lodge operator needs to amortise the investment over a fairly short period. The shorter the lease period, the less viable it is to invest in that cost of infrastructure.

“If you want to make big money there are all sorts of businesses that will make you a helluva lot more. We do it because we have a love for the bush and a great passion for the hospitality industry and it makes us a reasonable living. As lodge operators, we are generally happy with after-tax margins between five and eight percent”, says Scott.

And what of lodges being a rand hedge? Jeff Miller, CEO of investment house Grovest, says post-Covid the overseas market is starting to return to the bush – not in large groups, but rather as smaller family and friend units.

The group has an investment in Mdluli Safari Lodge in the Kruger. It’s a 50- room lodge, with 100 beds, and is a joint venture with the Mdluli community. They’re looking to do a second phase of another 100 beds, but only once the market returns to pre-Covid levels.

“Not only do I love the bush, but Mdluli is a rand hedge because your biggest customer base is international visitors – if the rand gets weaker, we get more international visitors. Mdluli is situated in the Kruger National Park, which is the biggest and most well-known game reserve in the world. You could not ask for a better location”, Miller says.

Tom Gelletich, a Pam Golding Properties agent in Hoedspruit, specialises in the sale of Big Five farms and lodges. He says it’s an outstanding investment in terms of the legacy you’re able to leave behind. And you’ll make solid returns over time if you have a well-run luxury lodge.

But it depends on where. Properties in the greater Kruger that boast Big Five animals enjoy far greater value than other reserves, or traditional hunting farms.

“With the big purchases, people are taking a generational view – it’s not a quick return on investment”, Gelletich explains. By this he means you’re looking at around 25 years of waiting for payback. “The seven-star market can charge R25 000 a night and could probably recoup the cost of the lodge development within seven years if you have a reasonable marketing team. It comes down to who’s running it”, he adds.

Gelletich also explains that having a title dead for your property is key – you must ensure that you have 100% ownership, and it’s best if the land is protected.

Share-block schemes and smaller plots allow for a cheaper entry, and Gelletich says they’ve seen price increases too. “It’s not peoples’ first prize – if investors could afford to buy a large farm with good traverse rights they would, but from a holiday home point of view being able to dilute the costs of ownership makes sense; it really depends on your motivation and budget”.

He says if you want a good commercial Big Five greater Kruger lodge and farm with a decent traverse area, you need a budget of at least R80-million. There are options from as little as R4-million, but you will be buying a portion in a share-block or a 21-hectare plot where you will be restricted to private use only, and less exclusivity and stricter controls surrounding how you experience the bush.

That said, even R4-million is a lot, so for the longest time fractional ownership has been the most practical, affordable option to get in on the safari lodge game if you’re a salaried mortal.

In this model your investment is tied to a specific property and you have access to it for a certain amount of time each year.

There are many players in this world, but it’s one that the Legacy Group’s Legacy Private Residences division concentrates on. They sell fractional ownership in 17 luxury lodges, including Elephant Point outside Kruger and the new Bakubung Villas in the Pilanesberg National Park.

The division builds a luxury lodge, upfronts the capital and handles hotel management. The lodge ownership is then divided up into say 12 fractions and sold. As one of their Directors, Ewan Dykes explains, “this way, owners have shares in an appreciating asset, which, of course, they can use a for a couple of weeks a year. Alternatively, they can rent their weeks out and make some cash too."

If you’re thinking of this kind of purchase as purely an investment, he advises, “the property you buy into and time that you pick to visit are key. If the idea is to rent your weeks out, always consider peak holiday season - internationals visit in August, for example.”

And he echoes a sentiment expressed by many industry stalwarts; “it really comes down to how these lodges are managed. That is the back bone of the entire concept. Before you invest, ask who is running the lodge. They’ve got to be reputable; this must be their primary business and they must know what they’re doing".

You might not be the Oppenheimer family with their Tswalu lodge in the Kalahari - where a night for a two-person suite sits at R61 000 - but there are certainly possibilities to consider if you want to take a walk on the wild (investment) side too.