Rise of the planet of the (NFT) Apes 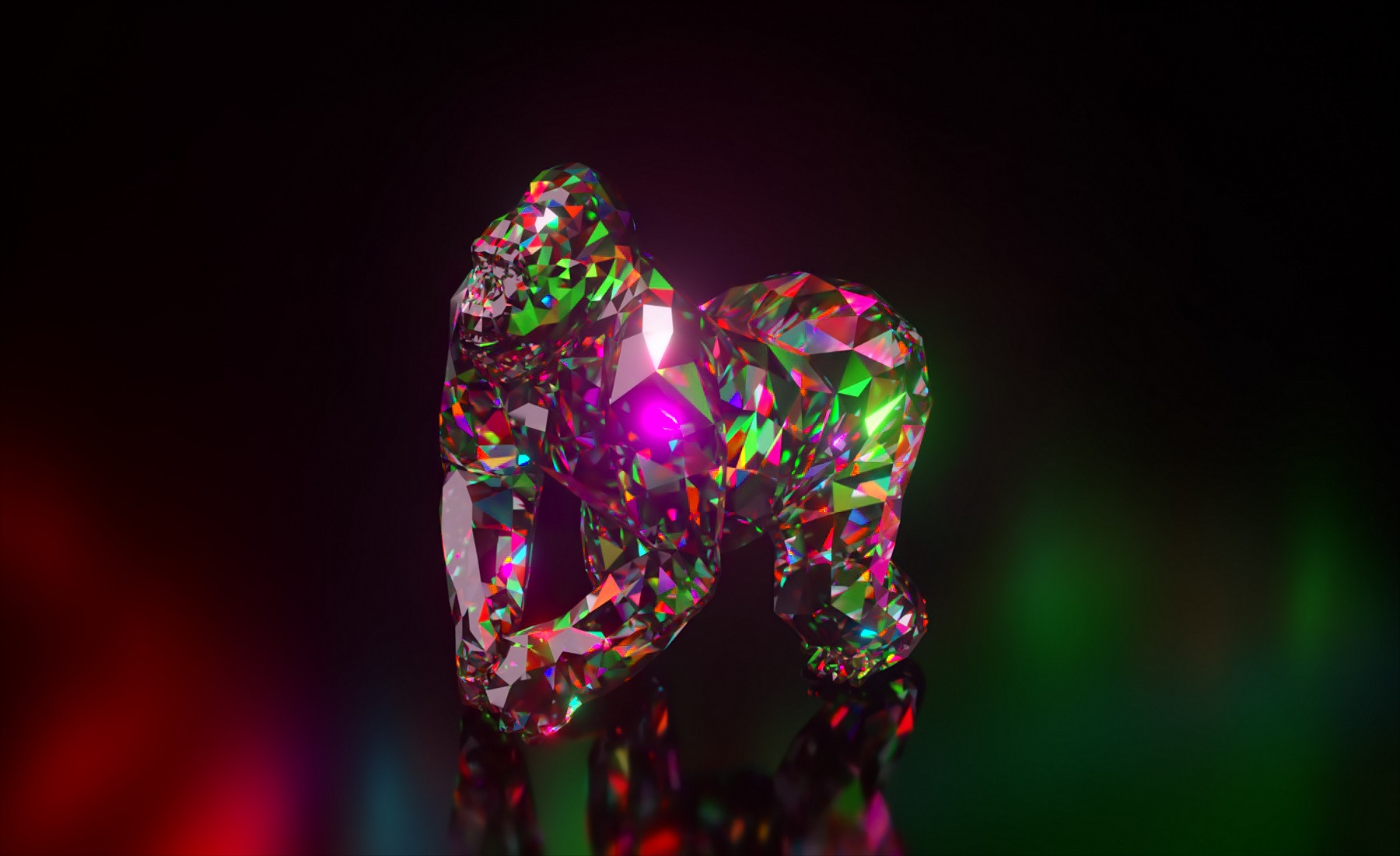 WHAT THE NFT? Don’t Screenshot this!

From R30,000,000 tweets and R10,000,000 pixelated avatars to R420,690 Ape JPEGS, the NFT revolution has rapidly gained traction over the last two years (shoutout lockdown stimmy) and if you are wondering what these photos are all about and if your screenshots can sell at the same valuation then you’re in the right place.

If you have not heard of the word NFT or seen highly valued (mostly screenshotted) JPEG profile pictures on social media in the last year, you must be living under a rock and not in the metaverse… ngmi.

The word NFT refers to a non-fungible token. To simplify this term, you can relate to it as 'non-replaceable token' or 'NRT’ - if you really want to come up with a new trend. Unlike ‘normal tokens’ like Ether or Solana, NFTs cannot be interchanged (replaced or screenshotted) as they are all uniquely identified through code (metadata) and can be pinged back to the original owner's wallet to verify ownership and traced back to the original creator. So no, you cannot just screenshot my monkey. I’ll pause to let all the scammers find another article.

For example, Shawn Michaels and Ric Flair both have 1 ETH in their wallets. Shawn Michael can take Ric Flair's cold wallet and, in return, send him 1 ETH since they are interchangeable, and it would still be the same asset.

But let's flip the example using NFTs and say Shawn and Ric both have 1 Bored Ape NFT in their wallets. Shawn takes Ric's wallet and, in return, sends him 1 Bored Ape. Do they end up with the same asset? No, besides being uniquely generated artworks, they also have the ‘unique code’ that can be verified on the blockchain showing they are different and not of equal value.

The concept of NFTs has been around since late 2012. While the rest of the world waited for the Mayans' doomsday prophecy, Meni Rosenfeld introduced 'Coloured coins' an NFT concept that was never actually realized due to the limitations of Bitcoin. But it was a start, and following a few years of significant experimentation and development, the meme age kicked off with the first mint (the genesis of an NFT) of Rare Pepe's the frog.

Following the success of Rare Pepe's and after the launch of the Ethereum blockchain, which introduced a new set of token standards that allowed the creation of tokens by developers, CryptoPunks were created, which marked the beginning for NFTs on Ethereum and has become one of the most famous mints today.

The CryptoPunks are a collection of 10,000 pixelated avatars created by Larva Labs in 2017 during one of the coldest winters for crypto. These NFTs were free to any individual with an Ethereum wallet who claimed one but, of course, went under many people's radars as we battled the drought in Cape Town instead, who else remembers Helen Zille showering twice a week? Today, the average CryptoPunks is worth around 68 ETH at the time of writing (~R2,7 million), while the highest ever bid was around 600 ETH… Talk about diamond hands paying off. these CryptoPunks NFTs are perceived as a symbol of social status and a digital identity within the metaverse.

The Cryptokitties were also released in 2017, building massive hype as one of the first blockchain games released on Ethereum. The game involves collecting, breeding, and trading digital cats. Digital cats are also immune to any attacks from Premier league footballers, which I guess is a plus. These cats have sold for over R1,500,000 apiece, although the current floor price (the lowest price) is 0.004 ETH or R150. Shortly after the release of the kitties and as players flooded into the game, it became so large that it accounted for more than 10% of the total Ethereum traffic during December 2017 and started slowing transactions on the network, which is when individuals began searching for (coughs) alternative, cheaper blockchains (coughs).

Today the most popular (and expensive) NFTs are on the Ethereum blockchain since Opensea, the leading marketplace for Ethereum NFTs, has the most volume. However, the NFT hype has also shifted to other alternative blockchains like Solana, which has managed to generate over a billion dollars in volume in less than a year of NFT trading.

The Solana blockchain deserves a write-up of its own, but we'll focus on the NFTs and why they gained massive volume over the past year. As I mentioned earlier, the launch of Cryptokitties and the high demand resulted in a congested network which is often the case around popular NFT mints on Ethereum resulting in gas fee (transaction costs) battles and slower transactions.

The higher gas fees often end up pricing retail traders out, with some paying a lot more than they bargained for to mint an NFT or on the secondary market due to congestion. This is where the Solana blockchain came in; with higher speeds and lower gas fees, it resulted in retail traders migrating over to enjoy minting and buying NFTs closer to the 'actual price' of the NFT rather than almost double the price.

As mentioned earlier, the biggest Solana NFT marketplaces have already accumulated more than a billion dollars in volume in less than a year, with the first big Solana mints occurring around June 2021. The story of the first big mints on Solana is a sad one for me since I did not manage to mint one myself after waiting until 4am (cry with me please) but they have quickly exploded with Degenerate Apes selling for as high as R170,000,000 and Solpunks (CryptoPunks derivates on Solana) selling for over R900,000.

Now you’re probably contemplating life, wondering why some digital rock JPEG is valued higher than a four-bedroom beach facing mansion in Clifton when it cannot do much more than sit in your wallet, but there’s more to NFTs than digital artwork. Virtually anything can be an NFT, from Art to Music, games to well even that a four-bedroom mansion in Clifton. Let’s go over some of the types of NFTs available today although it is constantly evolving with many more use-cases and utilities.

Before the NFT revolution, artists creating digital artworks faced major issues with preventing replication of their artworks which resulted in the creation of Monegraph, one of the first platforms that allowed artists to tokenize a digital image they created by submitting their URL and in return, receiving a blockchain key and value that could be stored in a NameCoin wallet.

Today, even though the NFT space is evolving rapidly, art remains the most popular type of NFT, mainly due to being the first real examples of non-fungibility within the blockchain ecosystem. The majority of NFTs available today are tokenized artistic illustration with early adopters of CryptoPunks, Cats and Kitties being at the forefront of the movement. These types of NFTs are also generally the most expensive types with Beeple’s – ‘Everyday, first 5000 days’ selling for $69 million dollars in 2021. I would like to take this time to remind you that you cannot screenshot and sell the below image but stick to buying and reselling Jordans.

Unlike the name may make you believe, there are no actual games for sale here. NFT gaming has been one of the hottest topics of 2020-2021 with the rise of play-to-earn games like Axie infinity on Ethereum and Aurory on Solana, but these have been around since 2017. Remember Cryptokitties? The collection of crypto in-game collectibles stored on the blockchain as NFTs.

I personally wish I spent less money on Fortnite skins and more on Axie’s during lockdown. At least these in-game items have retained or gained some value over the previous year, unlike the PlayStation now catching dust in the cupboard after lockdown, those skins are useless.

The utilities of those types of in-game items have been highly limited by the game’s centralized structures. The NFT gaming revolution, puts gamers first and allows gamers to trade their in-game assets for real-world value like crypto and earn income through gaming. The NFT gaming industry accounts for around 10% of the global gaming market, it’s no wonder why every second NFT collection has pivoted to play-to-earn gaming utility but unfortunately not all collections will be able to deliver a quality game considering the amount of capital and time they take.

There are other types of NFTs including utility NFTs, which are often NFT collections focused on staking either an NFT or a token airdropped to NFT holders which requires locking your token and in return receiving passive income like Meta Drago’s and Shadowy Super Coders on Solana, music NFTs were also quite popular in the previous year with the likes of Tory Lanez– when the dark NFT album which turned out to be really dark since the price of the NFT has dropped as low as $0.76 and real estate NFTs like Blue Terra which is the world’s first NFT tied to plots of physical land in the Bahamas.

Well, I cannot tell you which NFT is the next 100x blue-chip project and if I knew I would have sold an organ to get as much of them as possible, however, I can tell you two ways in which you can purchase your first NFT. The first method in which you can buy an NFT is directly from the creator when they are released, and this is the process of minting the NFT, which can feel much like trying to win a Nike SNKRS raffle since there is a limited amount of NFTs and often dozens of people trying to mint at once. There are also resellers, but I know that’s a painful topic...

The process of minting an NFT requires some technical knowledge, and I would not recommend it to anyone starting in NFTs, especially on the Ethereum blockchain, where you might pay nearly double the prices due to high network congestion.

The second method is to own your first NFT is to buy it from a secondary market (those damn resellers.) This process is much more straightforward and less depressing than clicking mint a million times only to end up with no NFT, less crypto, and a 'sold out' sign.

STEP ONE: FIND A SECONDARY MARKETPLACE

So, you've found an NFT project you would like to purchase. Since it has already launched (minted), you will need to find a secondary marketplace to buy it. Each blockchain has its leading marketplace for Ethereum, it is Opensea on Solana the leading marketplaces are Solanart or Magic Eden.

STEP TWO: CONNECT YOUR WALLET AND FIND THE PROJECT

If your chosen collection is on Opensea, you will need to connect your wallet by clicking on the top right-hand corner of the webpage. I would recommend using MetaMask, a popular hot wallet that we'll cover in an article of its own. After connecting, you can navigate to your favorite collection, filter to buy listed NFTs, and buy or bid on your selected NFT.

After following the previous two steps, you can now open your wallet and find your new non-fungible token in your wallet, way easier than buying and storing the Mona Lisa…

The NFT market today is saturated, with hundreds of projects launching daily, making it difficult to 'DYOR' on all of them. Still, it's always better to deep dive into a few potential blue-chips than try and flip every NFT drop and its derivative. Most people getting into NFTs now are not 'in it for the art,' they're here to make money. Which is great, but it’s important to remember that most NFTs are highly speculative projects and lot of them with no actual use cases and lack solid fundamentals.

We all want to play musical chairs while the music is going, but in the end, someone will be left without a chair. It's essential to research every project before 'aping in'…, and if you don't, you're ngmi.