Get art smart: An investing masterstroke 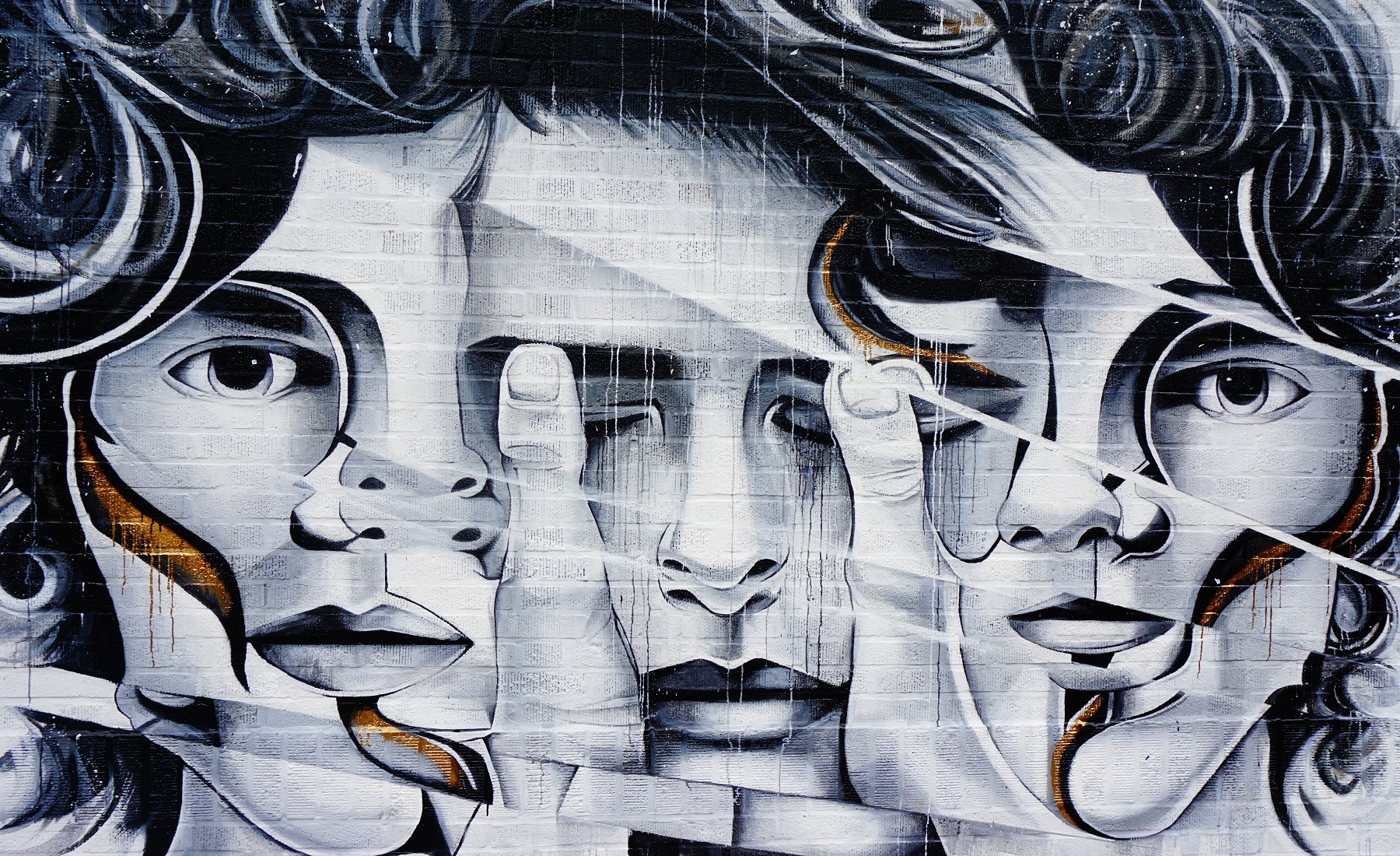 The art market has come back from the pandemic faster and stronger than anyone expected. What do you need to know to get in on the game?

The big art market bounce back is on. In fact, according to The Art Market, a study released in March by Art Basel and UBS, and widely considered the definitive report of global art market trends, it has surpassed pre-pandemic levels.

The report, which brings us up to the end of 2021, states: “Following its biggest recession for 10 years in 2020, the global art market recovered strongly in 2021”. Last year, in the global art market “sales of art and antiques by dealers and auction houses reached an estimated $65.1 billion”. That’s up 29% compared to 2020.

In South Africa, a report by art consultants, advisers and researchers Corrigall & Co, Contemporary African Art Auctions 2020/2021, found that, based on their survey of 45 art auctions between January and June 2021 “turnover for contemporary art has increased in 2021 by 20%”. The report also notes that the average value for contemporary art increased by 57% in the same period. Strauss & Co, SA’s biggest art auctioneer, reported “a record turnover of R356.3 million in the 2021 calendar year” in their 2021 annual review.

This rather unexpected rebound has brought the art market back to the attention of investors seeking to diversify their portfolios and look beyond traditional investments. Alternative investments might include various kinds of collectibles like jewellery, cars and wine, but according to The Art Market, art is by far the most significant alternative asset in this class by a long shot.

As for the art market’s outlook over the next 12 months, the report states: “Both dealers and auction houses were optimistic about their sales prospects in 2022, with 62% of dealers and 81% of the second-tier auction houses expecting improving values in the coming year.” Similarly, a recent ArtTactic survey found that “overall confidence in the art market has reached its highest point since 2014 at 80.6 per cent, up from an all-time low in May 2020”.

So, should you be investing in art?

The answer is yes. But, only if you’re actually interested in art – in itself and not only as an investment.

If you think that sounds off-putting, however, you’d be wrong.

For a variety of reasons, millennials are entering the market in droves. More people (that is, young people, and first-time investors) are taking an interest and benefitting from the investment potential of art. It’s a vibrant and exciting place.

Part of the reason for this is the success with which the art market’s migration online was accelerated during the pandemic. With it, new buyers found the traditional barriers to entry vanishing into thin air. In an instant, the protocols of buying at auctions, galleries and fairs, and the sense of intimidation around art-word snobbery and affectation, were gone.

Online sales and auction capability had existed for some time, but simply hadn’t gained traction until the pandemic forced it. Now, the art market has adopted the digital realm enthusiastically. The Art Market reports that online sales of art worldwide more than doubled compared to 2019.

Add to that the advent of non-fungible tokens (NFTs) and blockchain technology that allows digital artworks (which would otherwise be infinitely reproducible) to be authenticated. This means you can own a minted ‘original’ of a digital artwork, which has allowed a whole new category of art to accrue value and become tradeable, bringing with it new kinds of art enthusiasts and investors.

In March 2021, an NFT by US digital artist Beeple was sold by Christies for $69-million, which changed the game instantly. Despite scepticism in many quarters that this was any more than a flash in the pan, The Art Market’s forecast notes, “There are also no signs that interest in NFTs will abate, with 88% of HNW collectors interested in purchasing NFT-based artworks in future.”

The other particularly exciting aspect of the art market for South Africans and Africans at the moment is the growth of the African art market as a proportion of the global art market.

Kentridge, according to Corrigall’s latest report, still has the highest turnover by a long shot when compared to any other contemporary African artist. When it comes to investment, consider that by 2020, Kentridge was sixth on ArtTactic’s long-term Confidence Indicator ranking of artists, up from number 25 in 2009.

How to value art

Nevertheless, it is important to understand that art does not behave like other investments.

A large part of the reason for this is that it carries two types of value, and they inform each other, but also exist in separate worlds. Art has financial value, but it also has cultural value.

What gives it cultural value is exceeding difficult to predict, and can include anything from the tastes of influential collectors to the skill, vision and originality of the artist. Broad cultural shifts such as the growing awareness of contemporary African art are partly a result of the political and cultural shifts related to the social justice movements of the past years. Before, contemporary African art was undervalued.

But you might ask in ascertaining some sense of cultural value, does a particular work or artist have art-historical significance? Did it change the course of cultural history? (That’s the absolute gold standard, but exceedingly difficult to predict.)

There are, however, other factors constantly at work affecting value. Another of Corrigall & Co’s reports, Contemporary African Art Ecology: A Decade of Curating, which dates back to 2018, notes many of the factors that affect the value of an artwork derive from institutional ‘validation’, which includes the influence and ‘weight’ of the curators who include them in important exhibitions.

Pricing & Patterns: South Africa’s Art Market, which they released the following year is essential reading for anyone who wants to try and get a handle on the vagaries of price and value in the local art markets.

It includes the insight that, while it is possible to track and compare sales results of works by well-established artists on auction to get an indication of value and pricing trends, in the early stages of an artist’s career, that is simply not possible. (On that note, the websites and annual reviews published by auction houses such as Strauss & Co and Aspire Art are invaluable resources, as are the likes of AuctionVault, which has a database of auction results that allows you to track pricing records and trends at local auctions.)

New kids on the block

Before the value of ‘new’ artists is established and made transparent on the secondary market over time, pricing is established by “consensus”, which amounts to “uncertain qualities such as individual taste, perception, fashion and insider or specialist knowledge”. That causes added difficulty in deciding what a good price might be for a work in the market for contemporary local art, which is undoubtedly its most exciting sector.

Most investors will tell you that as a serious collector, you can’t invest in a young artist once off and hope for results. You basically grow as a collector alongside them, investing at every stage of their careers as they evolve as artists. It’s a lifelong commitment, and your collection stands to grow in value as you invest in the career of the artist rather than in individual works.

Later, the value of an artwork will also be affected by its provenance, in other words, where it has come from, who has owned it and whether it has been included in important collections or exhibitions, and has been studied and written about.

This kind of collecting might present a special case – not all of us are in that bracket, but a recent article by Aspire Art puts it plainly: “The art market is not an investment instrument in the usual sense but should be seen as more of an asset class for family estates, and a means of passing on value from one generation to the next.”

But, changes are afoot in the international market, with vehicles for fractional ownership making it possible for ordinary investors to own ‘part’ of a much more expensive artwork. This stands to change the very highest end of the market from being the preserve of the super-rich. It also comes with risks, such as unscrupulous dealers who sell more portions of an artwork than exist, but it is an interesting development.

Certainly some people have profited from ‘flipping’ works - ie. buying them and selling again fast at a profit. Not only is such short-termism frowned on (if you care about that sort of thing) but ultimately it does damage to the market, causing instability and volatility in a way that does little for the production of art itself. It can contribute to boom-and-bust cycles that can actually destroy the careers and creative lives of artists, which in turn represents a broader cultural loss.

You’ll also find that the galleries representing artists on the rise are incredibly careful and strategic in the way they ‘place’ the works of their artists. Before any ordinary member of the public even gets to see them on an exhibition and have an opportunity to purchase, the artworks have been shown to serious collectors and intuitions who will not only ‘validate’ the artists, but are unlikely to sell the works and thus risk unsettling their market value.

Nonetheless, there is much enjoyment and profit to be had in the art market, and at this particular moment, its growth locally and globally makes it an exciting place.

The most significant takeaway any art collector or investor will pass on is this: buy only artworks that you love. That way, you’ll never lose.